Investigatory Powers Bill - are the politicians entitled to be trusted not to abuse power ? 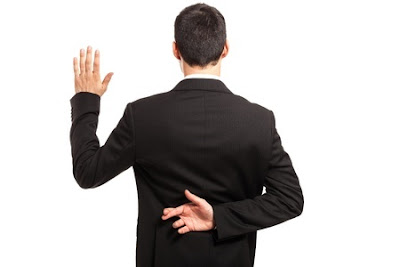 The statement "War is a mere continuation of politics by others means" (von Clausewitz) illustrates that politics is a dirty business mainly about the pursuit of power. There are always exceptions but history shows a fairly consistent pattern with shameful incidents such as "weapons of mass destruction", IRA immunity letters, guantanomo bay  and such like. At a different level even highly respected organisations such as the RSPCA seem to have spun totally out of control when given too much power without effective checks and balances in place.

The current PR charm offensive seeks to blur the lines between the legitimate requirements of the Security Services and Armed Forces in the digital age and other branches of Government.

It is a terrible thing to give airtime to Joseph Goebbels (Hitler's PR man) but he pretty much sums it up;

“If you tell a lie big enough and keep repeating it, people will eventually come to believe it. The lie can be maintained only for such time as the State can shield the people from the political, economic and/or military consequences of the lie. It thus becomes vitally important for the State to use all of its powers to repress dissent, for the truth is the mortal enemy of the lie, and thus by extension, the truth is the greatest enemy of the State.”

Over the course of history the doctrine of the separation of powers between the legislative, executive and judiciary has been maintained to keep balance and prevent abuse of power.

Given how many Acts of Parliament, Statutory Instruments and sections of Common Law are currently "live" it is probably safe to say we are all guilty of something if you look hard enough for long enough.

It is therefore crucial that a signature from a judge is obtained before warrants are granted under the proposed Investigatory Powers Bill. This should reduce the extent to which the politicians and petty officials can target and destroy their enemies using these considerable powers. If the only remedy is an approach to the Investigatory Powers Tribunal we have a pretty clear idea already which way that one will go based on performances to date. Slip on the orange jumpsuit and prepare for the full cavity exam.

If national security is at risk there should be no problem securing a signature. Hopefully though the judges hand will pause if the real objective of the warrant is to help someone meet a budget target and keep their job or to destroy the reputation of a political enemy in the run up to an election.

If a politician is holding the pen I think it is clear what the outcome would be and how attempts would be made to cover it up. As Jean Claude Junker, President of the European Commission and "uber" politician in Europe famously said;

"I am for secret, dark debates.....when the going gets tough, you have to lie."

This is not an attack on politicians but a recognition that power needs to have independent checks and balances - we need judicial oversight.