Do ISIL have a Stuxnet ? 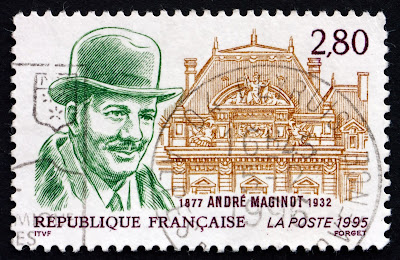 The stamp commemorating Andre Maginot recognizes his sterling if ineffective efforts to prevent the Germans invading France in 1939.

As the German Panzers simply whizzed around the side of the heavily fortified emplacements he must have been spinning in his grave.

George Osborne has clearly identified a potential weakness in UK cyber defences as the austerity Chancellor has suddenly started to find funds to shore up our cyber security and has doubled the budget. When Mr Dusty Wallet is suddenly getting the first round something is clearly up.

If ISIL have an equivalent of Stuxnet they could potentially wreak enormous financial damage. That said given that some of the leading people in digital (Turing, Berners-Lee) have been from the UK we should be able to hold our ground on the coming digital battleground.

In a new twist Anonymous have announced on their YouTube channel (see below) that they intend to track down members of ISIL and "totally mobilise" against them. I am sure we would all pay good money to attend the meeting where members of Anonymous and the UK Armed Forces met to share information.