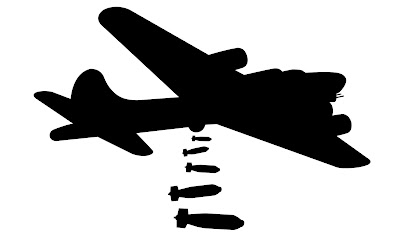 A logic bomb is a cyber weapon that is some code that triggers an event at a specific time. It is distinct from a virus in that it does not replicate. An example would be some code that destroys the Docs file on a computer on valentines day.

Made famous by Roger Duranio, a disgruntled IT insider, it showed the massive damage that can be done by a malicious insider. All files in the central server were deleted at Paine Webber and then all files on every server in every branch - 2000 servers and 400 branch offices. Duranio had shorted the stock but was perhaps ahead of the analysts who did not seem to notice. Fast forward to today and a less serious breach at Talk Talk took an axe to the share price.

It is a bit of an urban myth that hackers are all high IQ misfits with ADHD or suchlike. This "how to" video on YouTube gives you an idea of what information is freely available and the type of skill level needed.

For anybody wondering how secure public wi-fi is this provides a convincing answer. What is shown in this video may be an offence under the Computer Misuse Act and accessing paid for wifi for free doing this would be illegal but the skill level required is moderate. Do not try this at home !

The Destover trojan which is considered to have been the culprit in the Sony Pictures hack is a very different proposition however according to McDonald and Kharouni experts at Damballa;

“The Destover trojan is a wiper that deletes files off of an infected system, rendering it useless … for ideological and political reasons not for financial gain,”

The penny is dropping that those neutral looking pieces of computer hardware that are so useful to us all need very careful handling.