Rise of the Machines - a challenge for free market capitalism 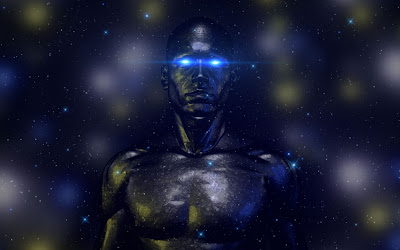 It is only human to think in quite black and white terms about the rise of artificial intelligence and imagine flashy looking robots roaming around doing all the jobs that we are so keen on. The more pessimistic may favour a "Terminator" based view of the future where malign machines crave power (oddly human) and seek to wipe us all out.

In reality artificial intelligence of a type has been with us for ages tied up in the programmes of Microsoft and the algorithms of Google. Jobs have certainly gone in the typing pool and basic analysis and information gathering is possible for anyone with an interest. The rate of change is phenomenal and the low cost automation that products like Google Adwords and Hootsuite offer makes a human alternative non viable. Hiring someone to manage a twitter / social media feed is a big ask with the range of cheap automated alternatives on offer.

This Attack Map showing live DDOS attacks would take a big group of people a really long time to maintain whereas it probably runs with attention as needed from a small group.

In conversation with a true digital native from the West Coast he remarked that in business, in his view, people were the problem in the way of generating massive profit.

A very small group of people armed with the right software, hardware and finance can achieve almost anything due to the global and networked nature of the internet. In this model there is no room for middle and lower management just the few key people supported by machines / software running 24/7. Those few people and machines can operate anywhere and may operate purely for financial return.

It might be then that the rise of the machines challenges free market capitalism more profoundly than any left wing activist and forces the development of new social norms.