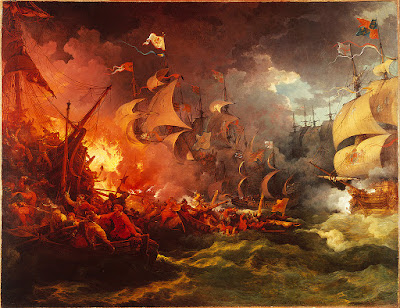 One of the challenges facing groups attempting to protect their IP rights in a proportionate way is that when a pirate website is taken down, domains are cancelled or similar the individuals involved simply set themselves up again.

Up to this point the providers of web based infrastructure such as Google, Akamai, PayPal etc would not reveal the details of the operators even if services were cancelled. Some operators promote "absolute privacy" as a benefit of their services. Therefore the work done to close the operations down can appear to have little real impact unless the individuals concerned stop carrying out pirate activities for other reasons.

In fairness with the Snowden revelations there is no doubt that the protection of privacy is crucial and that data should only be provided in an approved and transparent way. However a balance needs to be identified between allowing companies and individuals to protect their property and the rights of individuals who are abusing that property to protect their anonimity behind a veil of privacy.

In the snappily titled C / 09/492 901 / KG ZA 15-1085  the case concerned the unlawful sale of a large number of pirate e-books via Google Play. Google agreed to remove the relevant app but would not reveal the identity of the people running the operation on the grounds of privacy.

Clearly the Court viewed this as  jejeune (naive,simplistic and superficial) and gave it both barrels as  outlined below (translated by Google translate)

The judge commands Google to within 3 weeks of this judgment to the counsel of BREIN in favor of BREIN, the following information, to the extent that Google becomes available, provide with respect to the holder (s) of the Google Play Books Partner Center Publisher Account (s) from which books were uploaded under the Google Play Books URL (s) that BREIN has logged in its request removal of May 19, 2015 (Google zaaknr 76,488,000,007,259.), as described in the body of the indictment:

this under the condition that the person concerned has not within 14 days of the date of this judgment to Google objection raised with the aim to prevent the provision of this information to BREIN;
2.5.
explains the order given under 5.1 enforceable, but only insofar as it relates to the provision of data relating to addresses, bank accounts and IP addresses within the European Union;

3.5.
hold any further decisions, pro forma until Saturday, December 12th 23:00 h to give and another version, which date will be the first party to the court in writing or a follow-session agenda must be desnodig forthwith with all relevant prevented from attending, or whether the case can be dismissed or canceled in writing.

This is a key step forward in helping rights holders to protect their IP in the digital age.