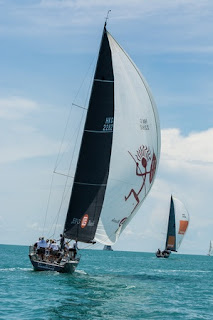 Very strong results from Sky for the first quarter which now includes the more pan european focus of Germany and Italy (in anticipation perhaps of the potential digital single market).

Much was made at the time of the loss of Champions League rights in both the UK and Italian markets but in response Sky added 134,000 customers in UK with, if I have read this right, 133,000 taking a broadband package and 43,000 taking a TV package. Churn levels might have been expected to jump but stayed on trend at about 10%. As they might say to BT "take that sports lover".

It does not look like Sky engaged in insane levels of marketing spend to achieve this but perhaps that is hidden somewhere in the numbers.

On the specific point of the Champions League rights Jeremy Darroch commented "We've pretty much sailed on as we did in the fourth quarter". He also offered a view that the broadband customer adds had come from other operators not new entrants although suggested we wait for other results to come out in the next few weeks.

This is fascinating and raises a number of questions

1. Does this suggest that the Champions League has no real value to Sky in terms of customer acquisition and retention ? - Yes it looks like it which is not great news for UEFA but does explain why Sky did not try to outbid BT.

2. If so is the reverse true and will BT add relatively few customers as a result. - This is more complicated and will depend on the strength of BT's overall proposition but the quarterly results are out on the 29th October. Broadband penetration in the UK is at about 80% of adults so overall growth is possible without a positive impact from the Champions League.

3. Is this clear evidence that Sky has now diversified its offering via broadband, NowTV, Sky Store etc so much that it is no longer reliant on Premium Sports rights ? To old hands (& potential flat earthers) in the industry this is almost heresy but is starting to look accurate. Therefore is the current rights inflation in the UK of Premier League rights purely a result of competition between BT and Sky ?

This goes some way to explaining the relaxed attitude at Sky to widespread 24/7/365 content leakage via piracy. Content exclusivity is not what is was and the view is perhaps that consumers of pirate content are not ever going to be subscribers.

An alternative view is that due to the high levels of live piracy that exist in sport "exclusive" rights deals no longer have the power to create or shift a subscriber base.

Either way Sky have altered their offering so much that exclusivity of premium content is no longer the main driver but one of many drivers.

BT appear to be taking a more old school approach based on exclusive content  - so very interesting set of results on the 29th.