The much anticipated new Star Wars movie "The Force Awakens" provides an opportunity to get a snapshot of how effective the various anti-piracy initiatives of the Hollywood Studios are at this point.

The movie opened simultaneously worldwide which removes massive unmet demand spikes in delayed territories. The preview evening on Thursday night was reported to generate $50-55 million and the opening weekend looks to be on course the break the current revenue record of $208.8m held by Jurassic World.

A quick review of Google with a request for a free download of the new movie showed the following options on page one suggesting that perhaps Darth Vader / Kylo Ren is not managing the anti-piracy initiatives on the Google search platform. 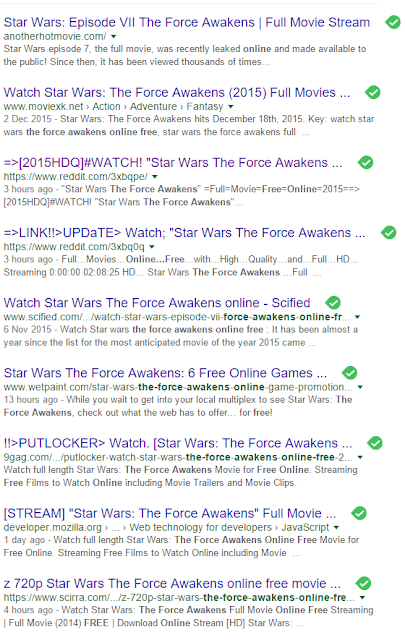 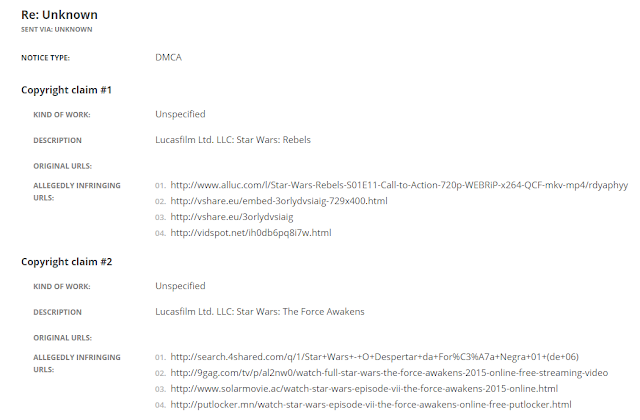 YouTube by contrast seems very much under control with very little in the way of rebel activity being tolerated.

So a very brief summary would conclude that the "legitimate" platforms such as YouTube are under control, the outer reaches of the web are clearly not and the movie is likely to break all box office records.